The European Commission has signed the contract of a new project on the modernization of education in 15 universities from Kazakhstan, Kyrgyzstan, Tajikistan, Turkmenistan and Uzbekistan and in 4 European universities from Bulgaria, Italy, Portugal and Luxembourg.

The initiator of the project and project coordinator is the University of Ruse – a Bulgarian higher education institution with a 20 year long experience in the management of similar large scale projects.

The main project aim is to modernise the higher education system in Central Asia through the use of new technologies.

The University of Ruse will share both its Programme for Adapting the Educational System to the Digital Generation through Active Implementation of ICT-based Innovative Education Technologies and its draft of the National Programme for Digital Transformation of Education within the consortium.

The Handbook of Innovative Educational Technologies of the University of Ruse will be adapted to fit the purposes of the project and will be translated into Russian and English. An interactive multimedia version of this handbook, which will be available to all interested parties, will be published on the Internet.

A Centre for Innovative Educational Technologies will be created in each of the Central Asian partner universities. These centres will follow the model of the Centre for Innovative Educational Technologies of the University of Ruse - http://ciot.uni-ruse.bg/. Another project output will be the creation of study halls of the future which will be equipped in a similar fashion as the study halls of the University of Ruse that are tailored to meet the needs of digital learners. 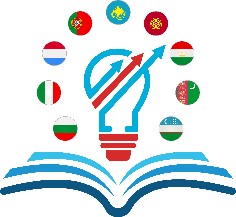 The first meeting of the partners of the project “Modernization of higher education in Central Asia through modern technologies” of the Erasmus + program, funded by the European Union.

On March 12-15, 2019, a four-day kick off meeting of the project “Modernization of Higher Education in Central Asia through Modern Technologies” of the Erasmus + program, funded by the European Union, was held at the Angel Kunchev University of Ruse (Bulgaria).

In total, 19 universities from Europe and Central Asia participate in the project consortium. From Kyrgyzstan in the project participate Kyrgyz State Technical University. I. Razzakova, Ala-Too International University and Issyk-Kul State University named after K. Tynystanov. Within the project, it is planned to create a sustainable academic network for the exchange of experience in the field of innovative educational technologies and didactic models, the study of the knowledge and experience of EU partners in the implementation of innovative educational technologies and didactic models in the process of teaching and learning in higher education, and the compilation of advanced examples practice. In the course of the project implementation, information centers of innovative technologies in education will be created at each participating university and the material base of lecture halls will be improved.

On the first day of meeting, the rector of Ruse University, Professor Hristo Beloev, and the Vice-Mayor of Ruse, Mr. S. Karapchansky, opened the official meeting, and representatives of the ministries of education of the Central Asian countries also attended. Then all the universities participating in the project presented their universities and told about their universities and innovations taking place in them. The program of the meeting was rich, there were presentations about the goals and objectives of the project, the working packages, the timing of their implementation were discussed; quality assurance issues; financial management rules; the concept of adapting the education system to the digital generation and the program of digital transformation of education.

The first meeting of HiEdTec in Ruse is over. But, fortunately, this is not the end: this is only the beginning of a new exciting experience with old and new colleagues and friends!

From July 1 to 5, 2019, at the Almaty University of Technology was held a second meeting of the European Union Erasmus +  project on the topic "Modernization of higher education in Central Asia through new technologies."

Kunduz Dzhusupekova and Kanybek Duisheev took part from our university. 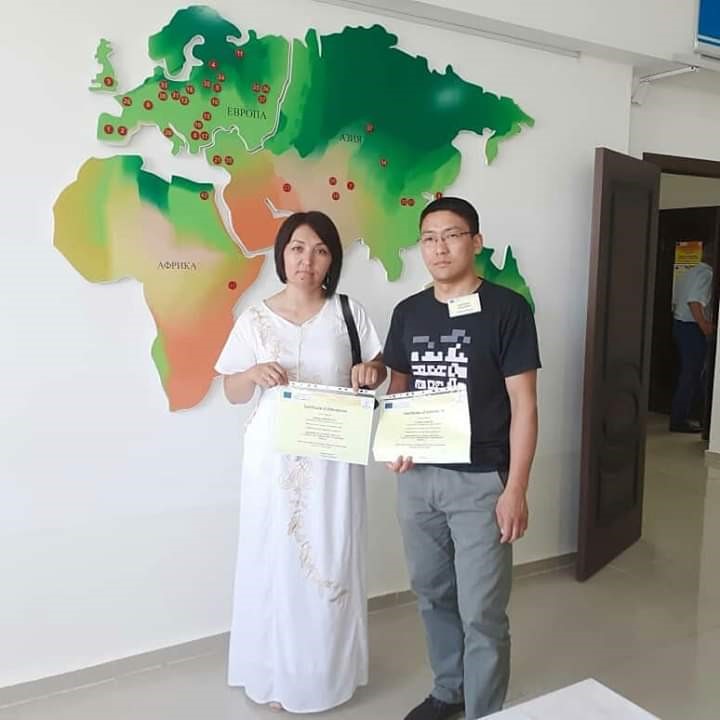 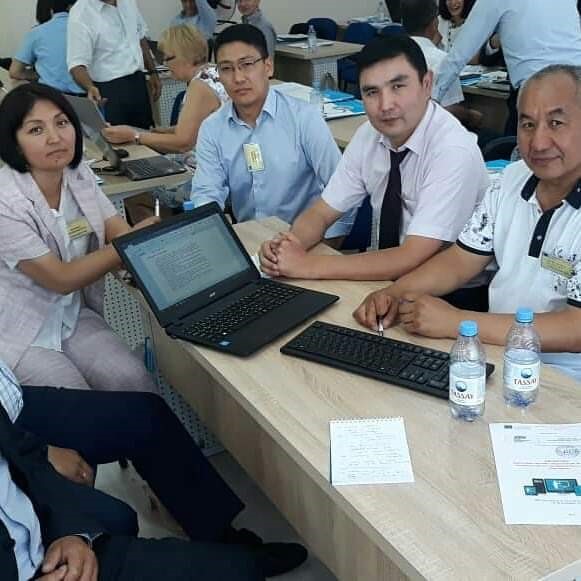 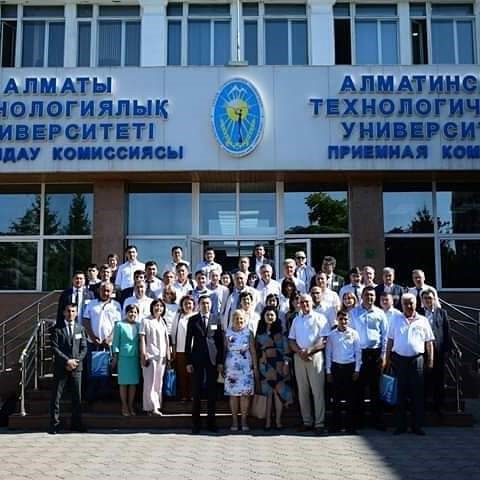 On November 20, 2019, active classrooms and IET centre under the HiEdTech project "Modernization of higher education in Central Asia using new technologies" ERASMUS + were opened at the Ala-Too International University. The coordinating university of the project is Ruse University, Bulgaria represented by Angel and Stoyanka Smrikarovs. The opening was attended by the rector of the university Sanzharbek Erdolatov, the administration of the university, deans of faculties and teaching staff. 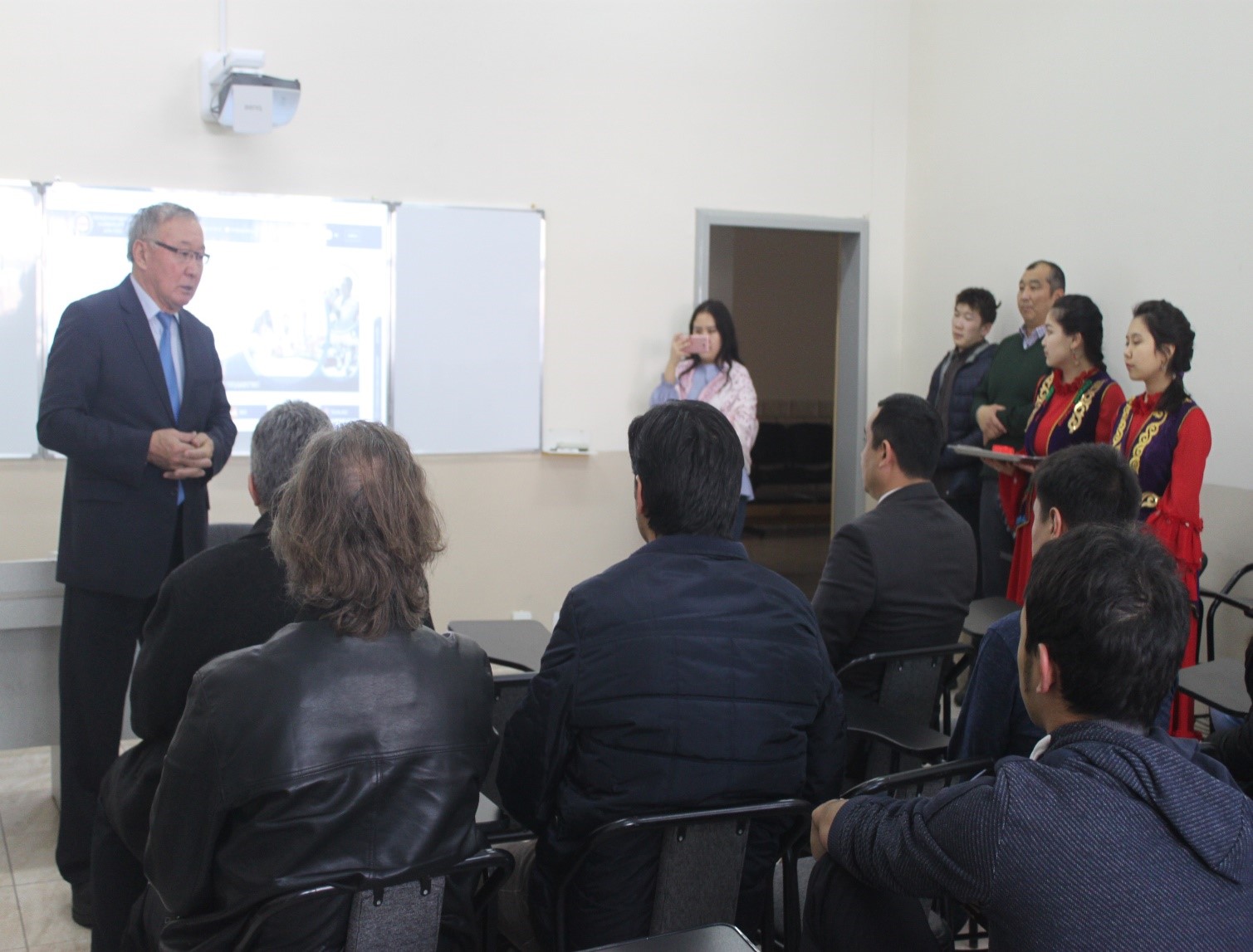 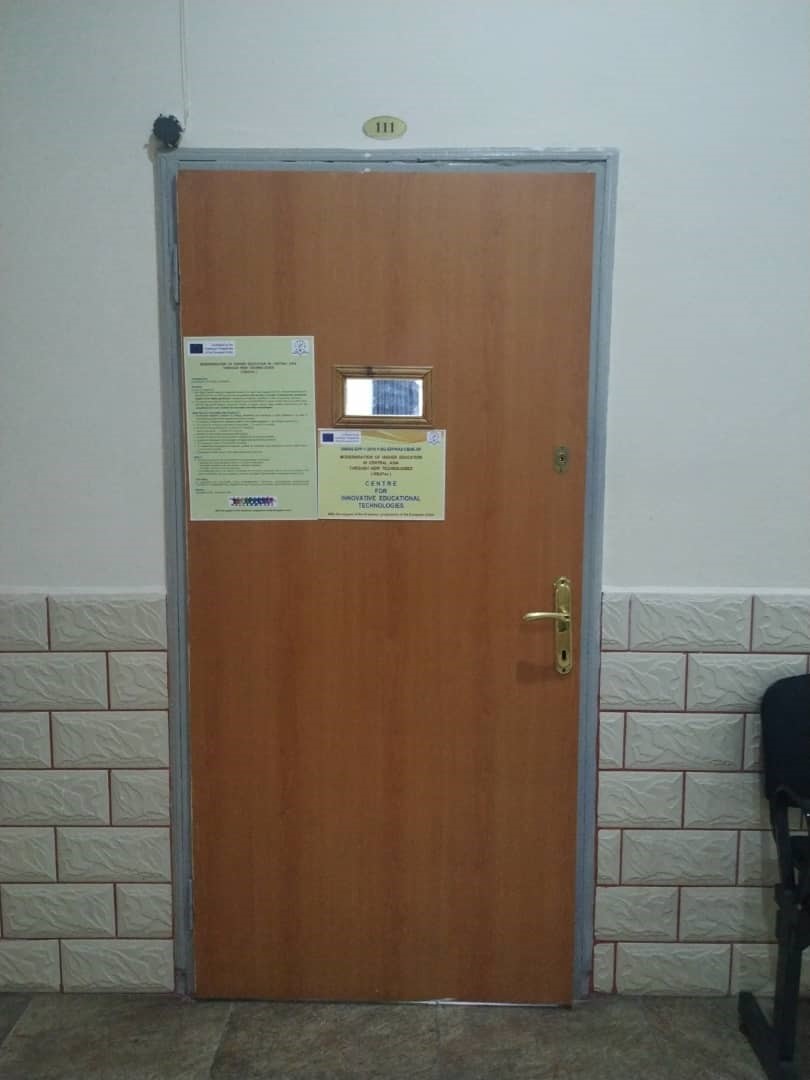 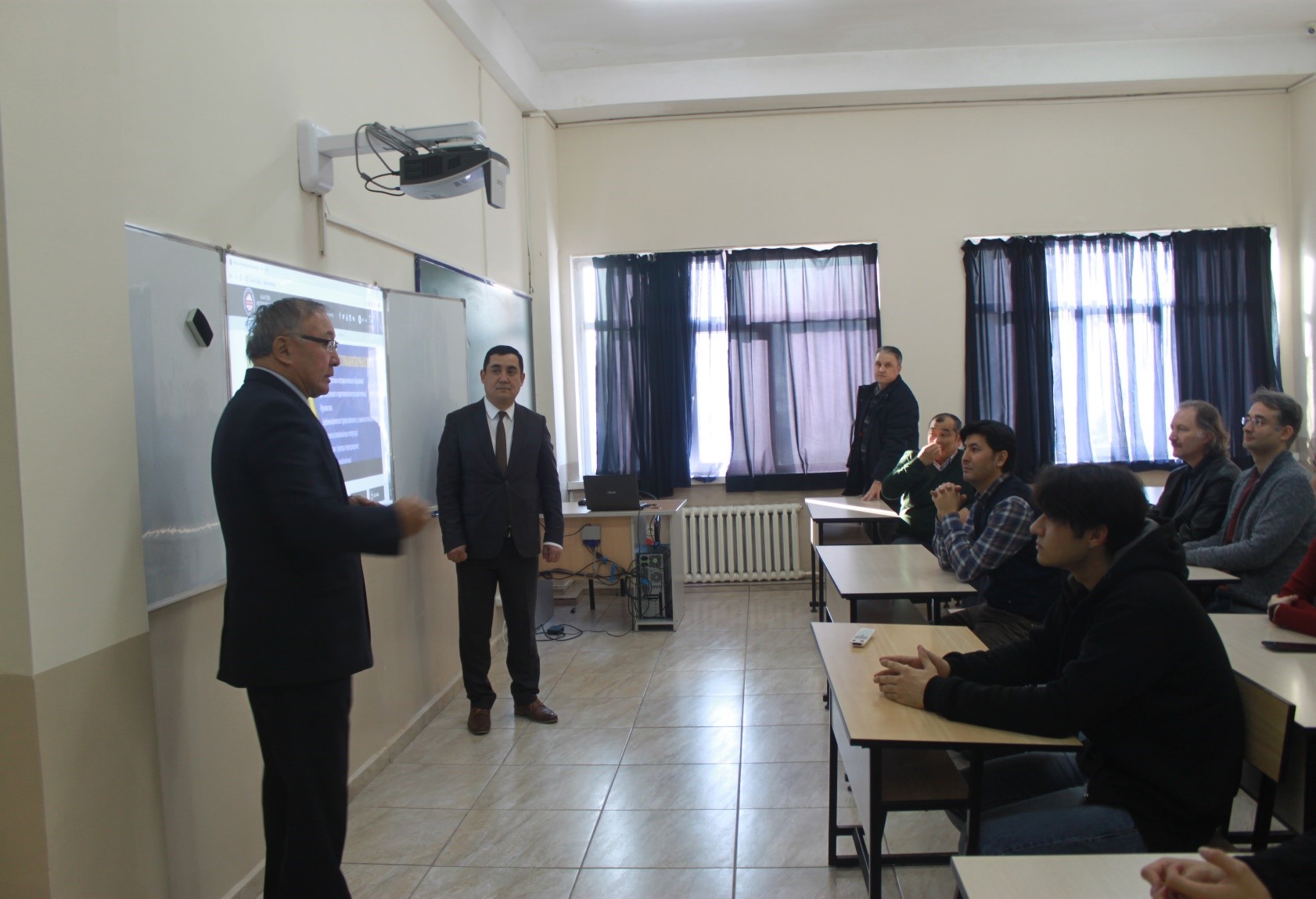 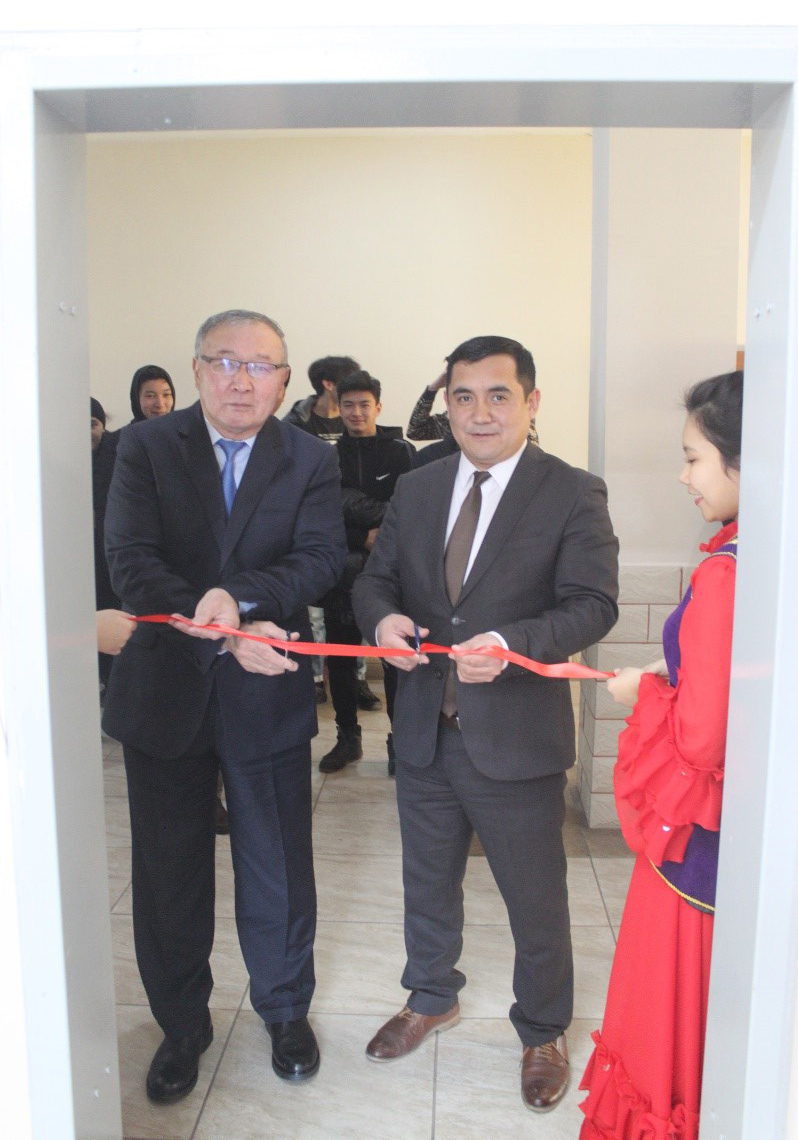 Workshop to present the Concept of adaptation of the      education system to the digital generation- HiedTech.

On 17 of March at Ala- Too International university team members of project " Modernisation of Higher Education in Central Asia through New technologies" (HiEdTech) Erasmus + program held  workshop for preparing to online education and presenting the Concepts of adaptation of the education system to the digital generation to professors of university. Workshop was organised by Kunduz Zhusupekova.

One feels the relevance of the project theme when switching to online training. We would like to express our deep gratitude to the project coordinators for their support and timely assistance! 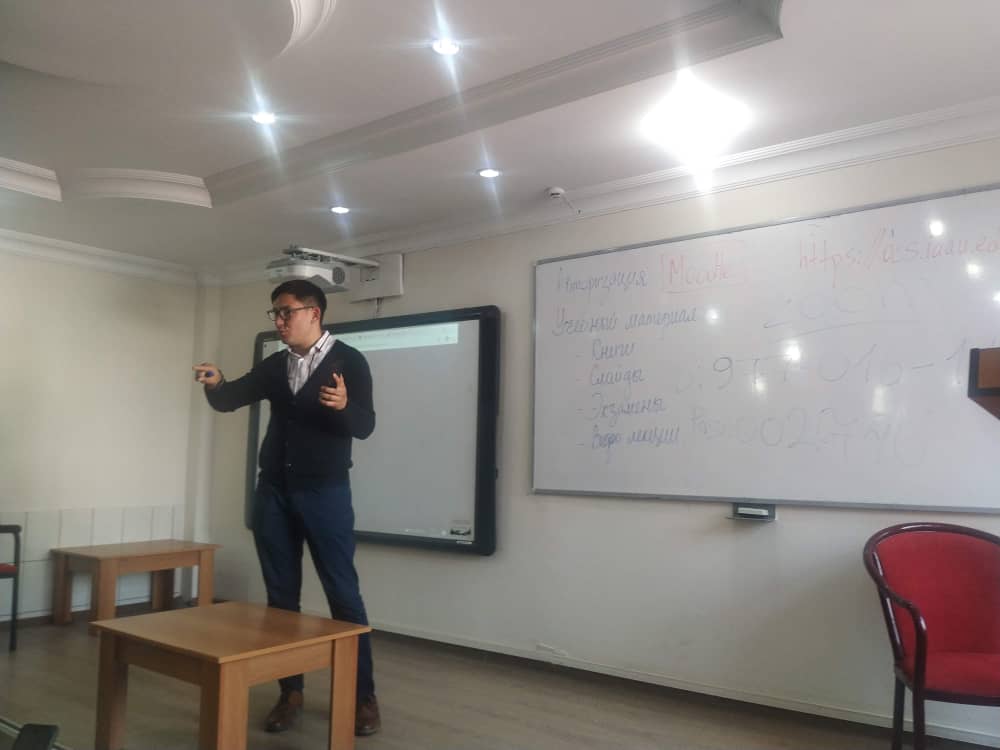 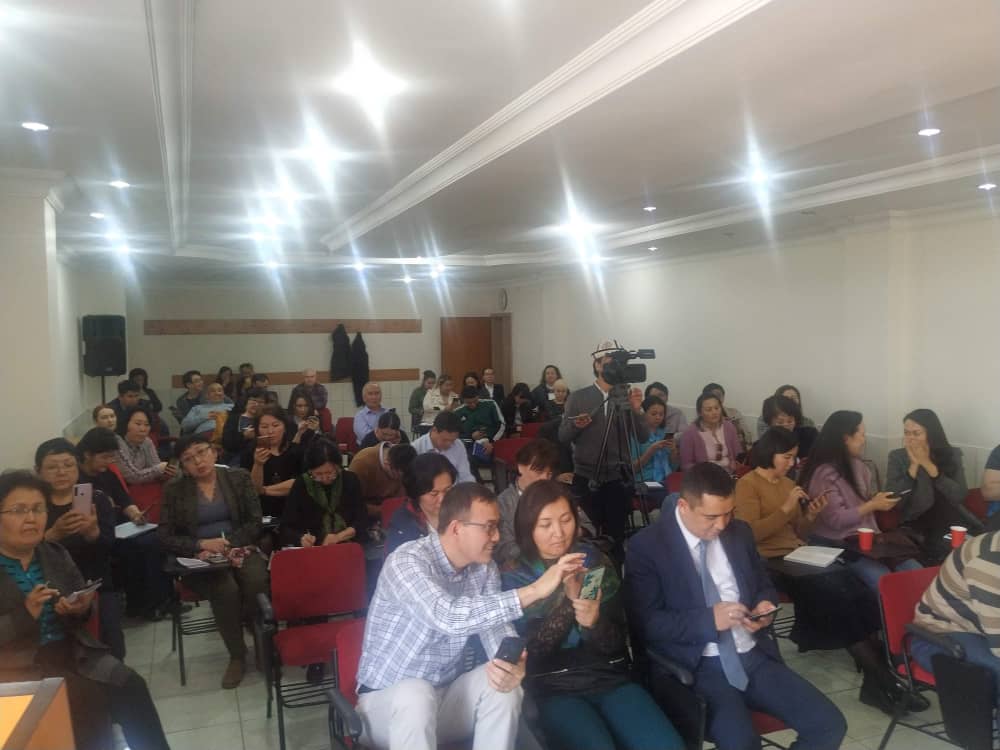 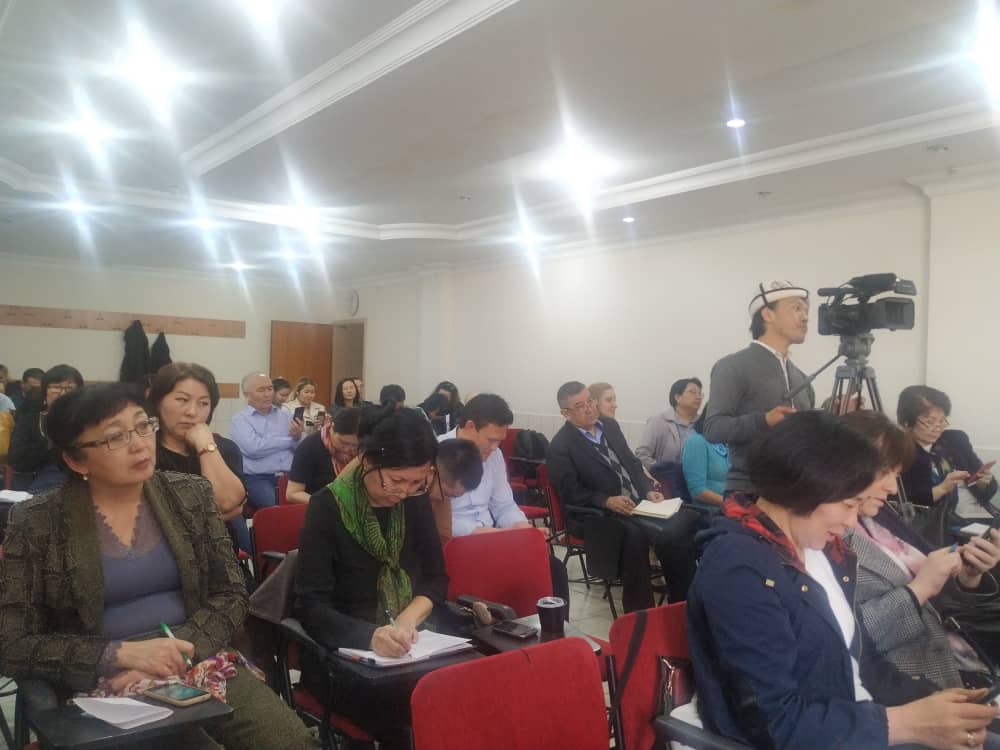 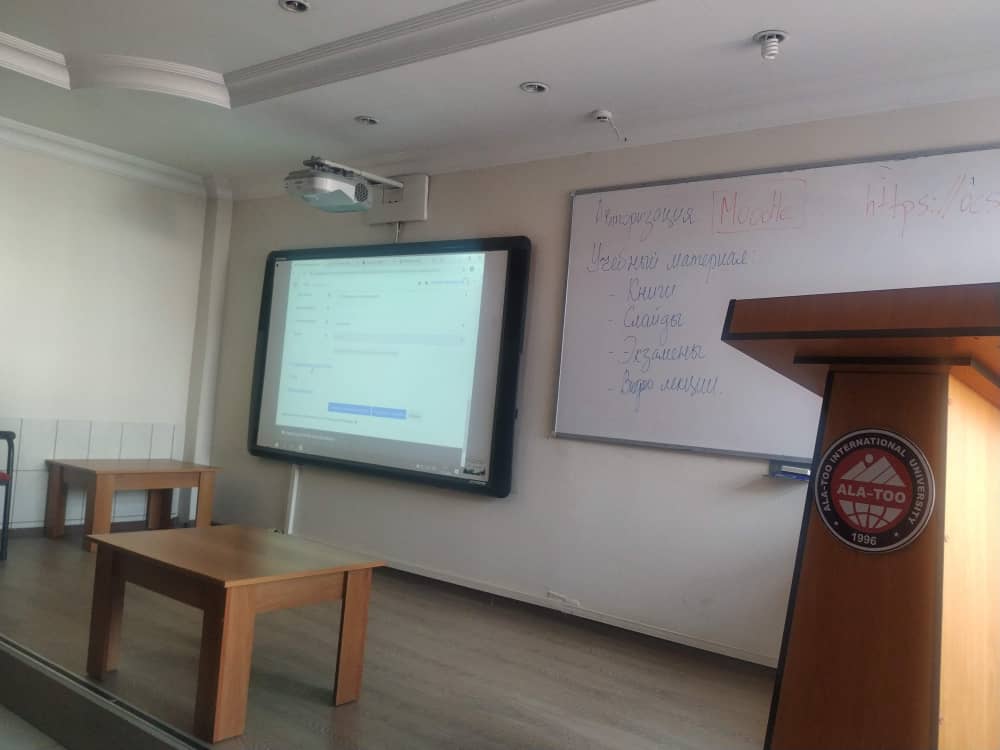